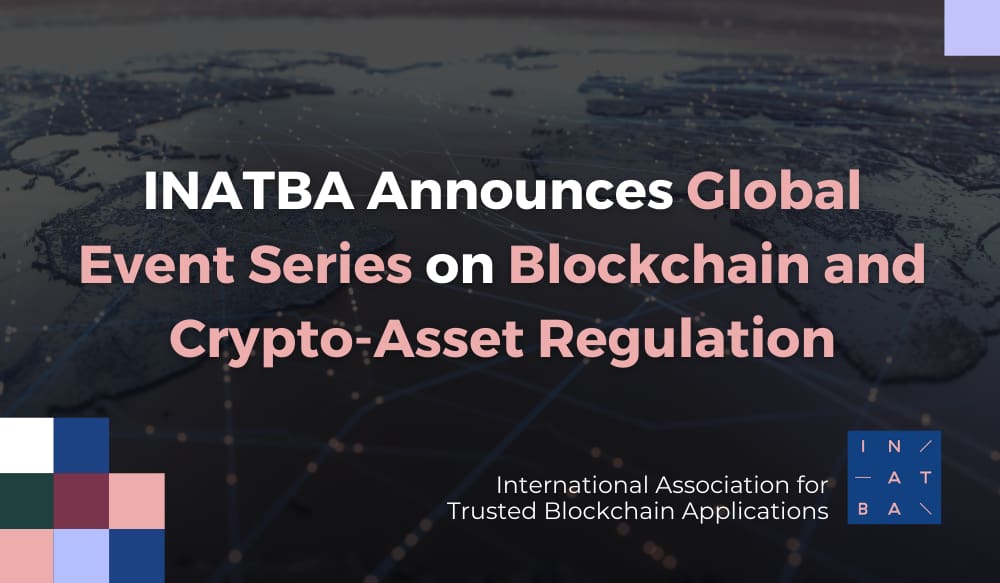 The International Association for Trusted Blockchain Applications has seen positive movement on a number of its policy positions in the European Commission’s proposed MiCA regulation and will host a series of events spotlighting the global impact of the regulation.

BRUSSELS, Jun 15 — Today, the International Association for Trusted Blockchain Applications announced its progress on the European Commission’s proposed Market in Crypto-Assets (MiCA) and Pilot Regime (PRR) regulations and its plan to share knowledge on the proposed regulation with the global blockchain ecosystem.

INATBA ultimately laid out five key priority policy issues for MiCA and the PRR from Q4 2020 onwards. Over the last 7 months, INATBA and her members have been conducting extensive work to secure support and amendments on the identified policy issues via an internal task force, a public task force and multiple bilateral engagement sessions. INATBA’s suggestions on areas like utility tokens, decentralised finance, capital raising,  ARTs and EMT issuers have been acknowledged and reflected in part as the regulation travels through parliament.

To share best processes learned from this policy negotiation, INATBA will be launching a series of public events entitled MiCA Goes Global over June and July. The events will be hosted in collaboration with trade associations and industry bodies from the event geographies, currently including Australia, the US, Africa and the Middle East. Each session will feature speakers from the European Commission, local government stakeholders, INATBA Members and partner trade association members. The events, open to the public, will discuss best practices for approaching blockchain-related policy proposals as well as what the adoption of MiCA could mean for the selected jurisdictions.

The first session, MiCA Goes Global: Australia, hosted in partnership with Blockchain Australia, will take place on 23 July at 9:00 CEST. Registration is now open on the INATBA website.

Launched by the European Commission during its 2018 European Blockchain Roundtable, INATBA is the leading convener in the global blockchain ecosystem, offering developers, companies, and users of blockchain/distributed ledger technology a forum to interact with regulators and policymakers and bring blockchain technology to its next stage. INATBA currently has 167+ active nonprofit and enterprise members and is advised by more than 40 academic institutions and 23 governmental organizations and agencies from 15 countries across Europe, North America, Africa, and Asia. INATBA often issues research and commentary on blockchain regulation and policy from its 14 workgroups spanning finance, governance, education, healthcare, identity, climate action, and more.  The mission of INATBA is to develop transparent and inclusive governance and cooperation models for blockchain applications, to inform policy and regulatory measures that may contribute to harnessing the many opportunities of blockchain through a close dialogue with policy-makers and regulators, and promote regulatory convergence that drives potential impacts for society and the economy from these technologies.