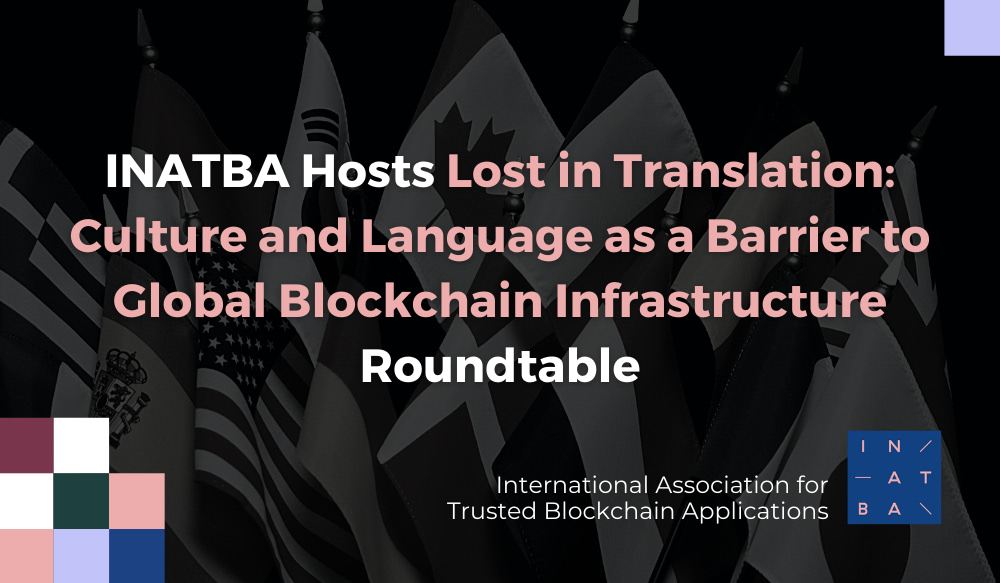 In the third installment of our series on “Transacting beyond borders,” the INATBA Standards, Governance, and Interoperability Working Groups discussed the intercultural and multilingual barriers that standardisation communities must address when working across borders, as well as the importance of common lexicological standards as integral cornerstones of blockchain governance and interoperability.

One of the current challenges for DLT governance systems is that there is often no uniform way to refer to blockchain concepts. Thus, across the blockchain ecosystem, one word may express different ideas, or different words may be used to represent the same concept. Standardisation communities are addressing this lack of consistency by developing lexicological standards across cultures and languages.

During the roundtable, panelists presented and discussed different visions for the standardisation of blockchain terminology. There were two important takeaways: (i) standardisation pluralism (ii) stronger cooperation between standardisation communities. First, the diversity amongst standardization communities should mean the co-existence of different visions, including the ontologies applied within blockchain governance systems. Second, once this pluralism has been accepted, these diverse communities working on lexicological standards need to cooperate in order to prevent further fragmentation of the shared language for blockchain governance.

INATBA will continue working to ease possible fragmentation within the blockchain ecosystem by bridging the various standardisation communities. The aim is to help these communities avoid duplicating efforts and to ensure that the process for adopting common lexicology is as open as possible to a range of stakeholders from different cultures. The result will be to develop effective standards that will enhance the efficiency and legitimacy of global blockchain architecture.